Do you oppose the death penalty?

Let me state up front that I do.  Unequivocally.  Even when I do not agree with the crime that put a person on death row. Nor do I believe that everyone on Death Row is guilty – but that is a subject for another diary.

I was looking at a poll attached to a recent diary by Meteor Blades at Daily Kos.

Open thread for night owls: Illinois bans capital punishment and it seems from those results,  55% of those who voted, 2787 votes out of 5002 votes, agreed with “No, I oppose the death penalty in all circumstances.” I now submit this news (which I did not see diaried here) for the consideration of those 2787 Kossaks who voted against (and hopefully others) from Amy Goodman, of Democracy Now:

On May 7th of 2010, the United Kingdom held a general election to determine its new prime minister. While the Conservative Party gained a number of seats, this was not enough to ensure a majority. Fears of a hung Parliament subsided, however, when the Conservatives joined with the Liberal Democrats to form a governing coalition.

Here is a map of the general election:

Though I’m a committed anti-Royalist, and agree with everything Wilf Self says in this week’s Prospect Magazine, Why the Monarchy Must Go – I can’t deny – as a dramatist – I enjoy the pure theatricality of the Royal Wedding (particularly the music, historic costumes, fashion parades, historic architecture)  for about 20 minutes. Then I’m bored.

Just a shame it’s the people who already have so much in their lives get more.

But hey – check out the highlights

Getting "More Crop Per Drop" to Strengthen Global Food Security

Crossposted from the Worldwatch Institute’s Nourishing the Planet.

Increasing demand for water continues to put a strain on available water sources, threatening the livelihood of millions of small-scale farmers who depend on water for their crops. At a time when one in eight people lack access to safe water, Nourishing the Planet points to low-cost, small-scale innovations to better manage this vital resource. These efforts are increasing the availability of water for crops and helping farmers improve crop productivity and become more food-secure.

Seventy percent of the world’s freshwater is used for irrigation, and global water resources are drying up as climate change takes hold and population growth continues. 60 percent of the world’s hungry people live in South Asia and sub-Saharan Africa-most of them on small farms-where they do not have a reliable source of water to produce sufficient yields. Only 4 percent of the cultivated land in sub-Saharan Africa is currently equipped for irrigation. 95 percent of cropland in the region depends on rain, and climate scientists predict that rainfall on the continent will decline in the coming decades. But there is great potential to expand irrigation with small-scale solutions.

The Green Revolution of the 1960s led to a near tripling of global grain production and a doubling of the world’s irrigated area. It also, however, demanded vast quantities of water. Previous agricultural investments have focused narrowly on increasing crop yields, while there has been relatively little research and investment in ways to make better use of scarce water resources. Affordable innovations that boost agricultural development and meet the increasing demand on already-scarce water resources while also mitigating the impacts of climate change, are more important than ever.

Nourishing the Planet recommends three models for effective water management that have the potential for getting ‘more crop per drop’:

Human-powered pumps. The foot-operated treadle pump enables 2.3 million farmers in the developing world-some 250,000 in sub-Saharan Africa-to boost crop productivity, improve harvest reliability, and raise incomes. The original $35 version can irrigate 0.2 hectares with ground water; newer models can irrigate up to 0.8 hectares and cost no more than $140 installed. These devices already generate $37 million a year in profits and wages. In Zambia, International Development Enterprises worked with farmers to determine the most effective type of pump. The Mosi-O-Tunya pump is manufactured locally and delivers 25 percent more water per second than older versions.

Affordable micro-irrigation. A suite of low-cost drip irrigation technologies is helping farmers use limited water supplies more efficiently, often doubling water productivity. These systems deliver water directly to the plant roots through perforated pipes or tubes, and can come in the form of $5 bucket kits, $25 drum kits, or $100 shiftable drip systems that irrigate up to 0.2 hectares. Solar-powered micro-irrigation drip systems are also making their debut in West Africa. One study found that after a year of using these systems, villagers in Benin had higher incomes and protein in their diets. Children attended school more often, since they no longer needed to spend their day collecting water.

More effective use of rainfall. Conservation tillage methods that leave the soil intact; timely weeding and mulching; and planting vegetative barriers all help to maximize green water, or rainwater stored in the soil and plants as moisture. Rainwater harvesting using small earthen dams and other methods also helps maximize rainwater utility. Supplementing these practices with irrigation may produce optimal results. In Kenya, Maasai women are working with the U.N. Environment Programme and the World Agroforestry Centre to build rooftop catchment tanks, which provide water for their households and save women time collecting water.

Satisfying the water requirements of the future, while also coping with population growth, increasing consumption, persistent poverty, and a changing climate, will take a commitment well beyond what has materialized to date. Support-and research and investment-from governments, development agencies, and international and national NGOs can help make such technologies more accessible to smallholder farmers.

To purchase State of the World 2011: Innovations that Nourish the Planet please click HERE.

To watch the one minute book trailer click HERE.

From a Long Island friend’s Facebook status this morning.


Wow. We can waste over a trillion dollars on a stimulus bill and another trillion on healthcare, but can’t find the money for Thunderbirds or Blue Angels at the Jones Beach Air Show this year? Fail.

Consider this an Open Thread, Sending my thoughts to Alabama, who probably should fend for themselves so we can still keep the F-16s flying around off the coast on Memorial Day to satisfy our lust for flying bomb machines.

What do you know about Food Disparagement Laws?

Until last night, I knew nothing about them… but as I attended the F.A.R.M. program (Food Art Revolution Media) last night it was one of the topics that Melinda and Dan Hemmelgarn discussed last night. These laws currently exist in 13 states and do things like banning photographers from taking pictures of food processing plants, or writing articles protesting farms that spray their crops with Monsanto poisons, or just discussing in the public press (and no doubt in blogs like this one) the disadvantages of non-organic farming. The food disparagement movement has major corporate support (Monsanto, Dow, Buckeye Eggs and others) and haul people into court with their heavy economic advantage if the smallest criticism is raised. This has been going on since the 1990′s (a lot of it came out because of films like “Food, Inc.” or the works of Michael Moore.)

Do we really want the birthers to go away?

So now that Obama has finally released his long form birth certificate, after a suspicious delay that might have fooled those 9 doddering black-robed ivy-league intellectual elitists on the Supreme Court but certainly couldn’t pull the wool over the eyes of salt-of-the-earth, heartland-loving, small-town-fantasizing ordinary Americans, the patriots are satisfied.  Right? 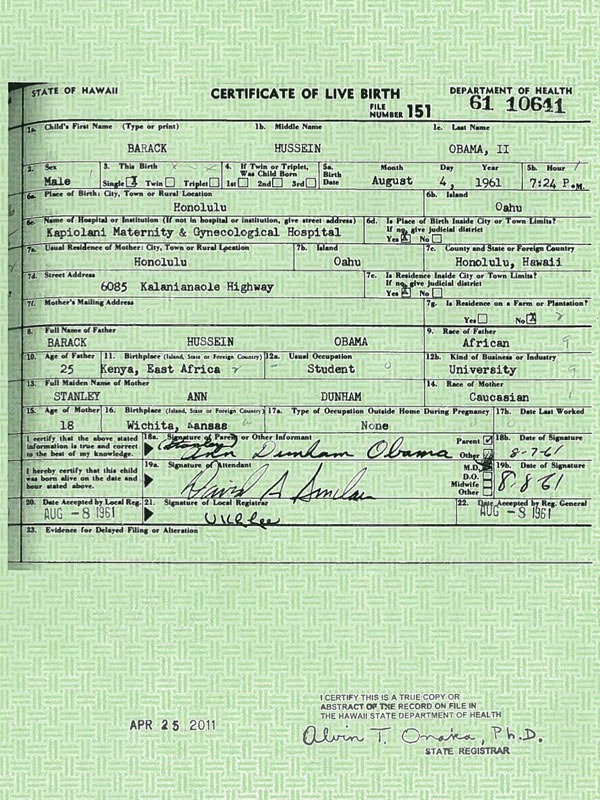 Why I love Vermont

A sparkling lake to the West:

Beautiful mountains to the East:

The Idiocy That Is Mitt Romney

So here’s our good friend Mitt: Now, I expect a lot of stupidity from the Republican presidential candidates but today Mitt wrote something that is pretty amazing.

The Unspeakable Recklessness of Rick Santorum

It’s hard to say whether more I’m shocked by former Senator Rick Santorum’s sheer stupidity or outraged by the flippant callousness of his remarks. I suspect the former since the latter should not surprise even as the inhumanity remains ever so striking. For the nation to invest in the health and well being of its citizens is not now, nor is it likely to ever be in the foreseeable future, a priority for the GOP, but for a likely Presidential candidate to under any condition to advocate for a debt default simply speaks of an outrageous ignorance of economics and unspeakable recklessness.