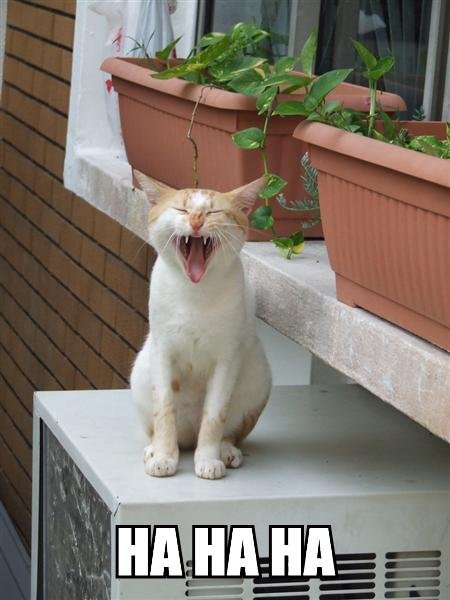 Mr. Wildstein contests the accuracy of various statements that the governor made about him and he can prove the inaccuracy of some.

In the News: The War on Women is Over!!!

Fresh from the shores of Nonsensia:

– “If There Was A War on Women, I Think They Won” – Rand Paul, Meet the Press

– “Women are better off barefoot and pregnant” – Mike Huckabee, Anywhere That Would Have Him

– “I support pay equity except the part about ‘voting for it'” – Cathy McMorris Rodgers, SOTU Rebuttal

Is there any song that would always make you sing along?

Do you start every morning with coffee or tea? How do you make it? If you don’t do either of those, what DO you do?

Do you care what you wear when you take out the trash, get the paper or mail, etc., or do you just go as is?

What every woman really wants is for a man to drag her to the bedroom, throw her on the bed, and then clean the house while she takes a nap.

It's a continuing mystery why sluts, illegals, Urbans, Sinners & parasites have turned their back on the GOP.

The constant flood of overt racism from today's right is bad enough, but the whining when they're called out on it is insufferable.

@Yardarm756DD @Reince Every time a #ConservativeIdiotMale speaks about ANATOMY HE DOESN'T POSSESS, 1,000 women register as DEMOCRATS.

The Invisible Hand of the Market in Your Pocket.

Not only do I work in mysterious ways, I only work part-time.

Friday Morning Coffee Hour: Check In and Hang Out for the Herd

Have you ever been to a rodeo? Polo match? Other equestrian events?

How about car races, rallies, etc.? Ever drag race?

What bumper stickers do you have on your car?

I don't exist. What's your excuse?

"Water? Roads? Who fucking cares about that shit? LET'S KILL SOME PEOPLE!" – The Romans, right at the end of their empire.

Does stress raise your alcohol tolerance? I'm asking for a friend…

i fear that my generation is dying off, leaving the world to people who love and want to help each other. they must be stopped #foxnewsCHAT

Maybe if I rebranded baguettes as "longform bread", people would throw money at me?

Related: I'm starting to get a sense that Michele Bachmann doesn't really understand how this whole government thing works.

Rep. Steve Stockman: "Yes, I walked out of the State of the Union. I had to. The Secret Service wouldn't let me fondle my gun in there."

What is your favorite kind of puzzle?

What was the last thing, outside of a cashier line, that you waited in line for?

there will be FOUR GOP "responses" to the SOTU. Because one massive gaffe is just not enough #uniteblue #ladems @BobbyJindal

REPORT: The Duck Dynasty guy's beard has been asked to give a Republican response to the State of the Union.

Sarah Palin expressed sadness at the death of Pete Seeger, saying she loved the songs Old Time Rock And Roll and Night Moves.

It's emblematic of what the Republicans have become that their idols are a clean cut yuppie family dressed in hillbilly costumes.

If you think a political party hanging the entire country out to dry due to a tantrum is less horrific than a website glitch, you're a moron

You know how dumb some of these right-wingers are? They think socialist is an insult.

@mmnimmz President Obama said a woman earned 70 cents for every dollar a man makes. That's socialism. Why can't she earn her own money?

Damn, my cat just gave a response to the #SOTU

State of the Union 2014: President Obama: “America does not stand still – and neither will I.”

From the White House – Enhanced Broadcast

The speech is over, but the work of 2014 is just beginning.

A Moose in my neck of the woods right now would look like this:

If reading about the rape and sexual abuse of women is a trigger for you-please skip this.

If fighting back against it-wherever it occurs-is part of your moral, personal and political agenda-read on.

Department of Justice finds conditions at Julia Tutwiler Prison to be unconstitutional , Mike Cason wrote January 17, 2014 at 6:17 PM, and updated this story on January 18th.

MONTGOMERY, Alabama — The U.S. Department of Justice said today that conditions at Julia Tutwiler Prison violate the Constitution, citing what it called “a history of unabated staff-on-prisoner sexual abuses and harassment.”

DOJ sent investigators to Tutwiler last April and reported their findings in a 36-page letter to Gov. Robert Bentley.

“The women at Tutwiler universally fear for their safety,” the report stated.”They live in a sexualized environment with repeated and open sexual behavior, including: abusive sexual contact between staff and prisoners; sexualized activity, including a strip show condoned by staff; profane and unprofessional sexualized language and harassment; and deliberate cross-gender viewing of prisoners showering, urinating and defecating,” the report stated. DOJ said the conditions violate the Eighth Amendment right to be protected from harm. It said problems go back almost two decades. The DOJ also said it will expand its investigation to look into medical and mental health care for inmates and other issues.