Once upon a time, in a land far far away (from any civilized blue states, at least), there lived a young girl named sricki.

She was a strange child, wanting often to be left alone by the other boys and girls – alone with her books, or alone to roam the filthy wet ditches and hot Southern streets of her town, climbing trees and plodding through puddles wherever she found them. When her friends would come calling, sricki would beg her mother to talk to them, to tell them that she could not come out and play, because sricki wanted to be by herself, alone with her thoughts (which seemed to her sometimes strange and other times magnificent, but always fascinating).

She was not entirely unlike other girls. Sricki liked pretty things, too, like unicorns and ponies, and she would spend hours drawing them and daydreaming about them and wishing she could live where they roamed.  But she also liked dragons and real life reptiles and insects, for which she was made fun of often when she was found on the playground, crouched alone behind the tires, playing with bugs and drawing her daydreams in the sand.

What was strangest about sricki, though, was not her tomboyishness or her solitariness or her daydreaming, but her moods. They were mercurial from the very beginning, but she was especially prone toward periods of melancholy, so that even at a young age, people told sricki that she had sad eyes and often asked whether she was about to cry. But she didn’t cry much, so she laughed in answer to such inquiries and shook her head and thought no more of them. She laughed a lot, too.

When in the Course of Human Events

It has become necessary for me to write a small treatise regarding events happening this hour in Egypt.

This is necessary because several prominent Republican politicians and short-sighted pessimists have recently stated that the United States should officially support an authoritarian regime in Cairo over one chosen by the people. This comes as no surprise from folks who might believe that the rest of the world exists to supply us with oil and cheap goods; to follow through on such advice would be nothing short of continued disaster in this century for the United States.

Slavery is over. Oppression is not acceptable. Authoritarianism is no longer tolerable.

I’ve been glued to the tube all day.

The TEA Party and Historical Fundamentalism 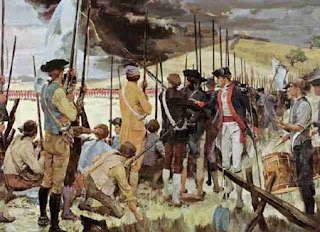 Jill Lepore released The Whites of their Eyes: The Tea Party’s Revolution and the Battle over American History recently, from the Princeton University Press.

That news alone might not get folks terrible excited.  While a contributor to the New Yorker, her work tends to be of a scholarly nature, grounded in early American history, and that is unsurprising given her credentials as a Harvard professor.

What she has done is shed some light onto the historical revisionism, if not outright Historical Fundamentalism that the TEA Party and their fellow travelers are now engaging in to back not just shoddy scholarship, but to make political cases for action, based on a somewhat dubious historical perspective.

The Conservative Pope and the Secular Media

Over the past few months, the Catholic Church has found itself mired in controversy, plagued by an ever-growing sexual abuse scandal unfolding in Europe. The pope himself has come under substantial criticism, to such an extent that a leading German magazine titled a report, “The Failed Papacy of Benedict XVI.”

"Who is responsible for Sarah Palin?"

I took a circuitous route that led me to a bit with the same title.  I started to write a comment in the latest open thread but it got to be really long so I decided to do a diary.

If you want to know the answer, look below.  (Not down; unless you’re her mother or father the answer isn’t in your lap.)

Open Thread: And Now For Something Completely Different

Open Thread: Am I Looking At The Right Camera?

Well, as expected, Bachmann and her Tea Party rebuttal provided my heartiest laughs of the evening (even more than sricki bombing ‘boarders’). Having now watched the talking heads off and on all day, it seems as though Obama struck the right tone last night. Those on the Right and on the far Left seem to find the most to gripe about…I am quite content with that. Was it low key? Yeah. Was it not as stirring as he is capable? Yeah. Was it successful? Again, Yeah. So, while the hairs on the back of my neck stayed flat, I am well pleased with what he said and with the response, thus far, to it.

Tonight we hear President Obama speak officially for the second time on the State of the Union. This is an Open Thread for commentary on Obama’s speech, the Republican rebuttal (Ryan), and the Tea Party rebuttal (Bachmann).

I’m mostly kidding about the STFU in regards to other topics…mostly. 😉

Otto Wels: A Moment In History

In any given year, every politician will probably make several dozen speeches. The vast majority of these will be forgotten instantly; even prime-time presidential speeches fade from the news cycle after a couple days. Indeed, history may only remember one out of the thousands of speeches given over a political leader’s term.

One such memorable speech was given by a Mr. Otto Wels. A German politician belonging to the Social Democratic Party, Mr. Wels spent more than a decade in politics and eventually became the party’s Chairman. He must have given a number of speeches throughout this time.

Yet out of all the time Mr. Wels spent as head of his party, history remembers only one speech of his. Today it is overshadowed in light of the great and  terrible events that came after, but nevertheless worthy of recalling.

The date is March 1933, the place Germany’s parliament. The occasion: Chancellor Adolf Hitler and his National Socialist Party are proposing an Enabling Act after unknown assailants burned down the Reichstag building last month.