Listen to *this* Guy!

The problem with the U.S. Senate polls heading into the final week before election day is that when you dig a little deeper, they are essentially saying that most of the races are “too close to call”.

Yet that does not stop the breathless headlines: “Democrats will be crushed by Republican wave” or “Democratic majority doomed”.

I recommend listening to this Guy, Guy Cecil, who says that we can win ALL the close Senate elections if we just get out the vote, even in states where there are more Republicans than Democrats.

How? Well, state by state (from the video):

– NC (education is #2 issue which has no anti-Obama component),

– NH (Shaheen is up and will stay up)

So who is this Guy and why should we listen to him?

The ruling by the anti-voter judicial activists on the 7th Circuit Court of Appeals, the ruling which implemented newly developed and completely untested voter id rules for Wisconsin’s general election on November 4, 2014, will not be reviewed by the full panel.

CHICAGO – The full Seventh Circuit Court of Appeals today declined to rehear a three-judge panel’s order reinstating Wisconsin’s voter ID law prior to the midterm election. The vote was split evenly, 5-5, meaning the panel’s order stands. Neither the panel nor the full court has yet ruled on the actual merits of the law, which was found unconstitutional by a federal judge in April. The American Civil Liberties Union is challenging the law, and petitioned for a full appeals court review following the panel’s order on September 12 allowing the law to take effect. The ACLU presented oral arguments to the panel that day asking the court to uphold the April decision striking down the law as unconstitutional and in violation of Section 2 of the Voting Rights Act.

The following is a statement from Dale Ho, director of the ACLU’s Voting Rights Project:

“Allowing this law to take effect so close to the midterm election is a recipe for chaos, voter confusion, and disenfranchisement. The court could have avoided this pandemonium and given Wisconsin voters a chance to cast their ballots free of obstruction. It failed to do so, and we are evaluating our next step.”

In the News: Senate getting Boggsed down?

A series of tubes filled with enormous amounts of material, some of it contradictory.
~


Senate Majority Leader Harry Reid (D-NV) said Wednesday he cannot vote for Michael Boggs, a controversial Obama nominee to be a federal judge who has faced fierce criticism from progressives.

“Unless I have a better explanation. I can’t vote for him. This is a lifetime appointment. He’s said some things and made some decisions I think are not very good,” Reid told BuzzFeed. “Boggs is not somebody I’m going to vote for unless I have some explanations on why he did that deal with the rebel flag and things he’s said about abortion.”

As a Georgia state legislator from 2000 to 2004, Boggs voted to keep the state’s old flag which included the Confederate battle flag. He voted for a constitutional amendment banning gay marriage and for various anti-abortion bills, one of which pro-choice activists say endangers doctors.

The Georgia Court of Appeals judge has come under fierce criticism from progressive advocates for a swath of votes from 2000 to 2004 as a Georgia state legislator against abortion rights, same-sex marriage and to retain the state’s old flag which contained the Confederate battle flag.

“I was offended by the flag, Senator,” he told Senate Majority Whip Dick Durbin (D-IL) under questioning, saying it was a “terribly agonizing” decision to choose between his own conscience and the will of his constituents, whom he suggested wanted to keep the Confederate-linked flag. But he said: “I’m glad the flag was changed.”

Boggs said he was very sensitive to the views of African-Americans at the time and that those who know him recognize his vote intended no disrespect to them. “If someone is accusing someone of being a racist, I don’t know how you disprove that,” he said. […]

“I don’t think my legislative record that’s over a decade old is indicative of what kind of judge I’d be [on the federal court],” Boggs said.

Regarding the “deal” that makes Boggs part of a package to get past the archaic “blue slip” rule:

“I have noted before that there is no ‘deal’ negotiated with me as chairman of the Senate Judiciary Committee or with any of the other Senators,” Leahy said in written testimony. “The constitutional responsibility of advice and consent resides with each individual Senator, and there is no such thing as a binding deal that negates each Senator’s responsibility to determine the fitness of a judicial nominee for a lifetime appointment.”

Last Tuesday, a Republican federal judge named Rudolph Randa handed down an unusual order cutting off a criminal investigation alleging illegal coordination between several political campaigns – including Wisconsin Gov. Scott Walker’s (R) 2012 recall campaign – and conservative groups such as the Wisconsin Club for Growth. Randa speckled his order with uncharacteristic rhetoric for a judge tasked with being a neutral and impartial arbiter of the law. At one point, he labels the criminal probe “a long-running investigation of all things Walker-related.” At another point, he compares efforts to reign in excessive campaign spending to “the Guillotine and the Gulag.”[…]

Beyond whatever ideological lens Randa brings to his courtroom, as George Zornick points out, he also has an unusually personal connection to the criminal probe that he shut down. Randa’s judicial assistant is married to a top lawyer for the Walker campaign.

Oh … and Randa’s wife is a huge contributor to Scott Walker’s campaigns.

Lifetime appointment? And lifetime permission to game the system for partisan politics.

Why Democrats should not fear “Majority Rules”

Last Thursday, Senate Democrats voted to remove the threat of filibuster from most judicial and executive branch confirmations.

Not so scary, really.

Essentially, they said that the majority has the right to govern as a majority. Small-d democracy finally being applied to the Senate which has been in the hands of Big-D Democrats for the last 7 years.

The showdown that led to this rule change was remarkable in it’s blatant disregard for the Constitution of the United States. Senate Republicans were attempting to nullify the law that had established that the DC appeals court would have 11 judges presiding. The Republicans did not put forward and pass a bill to change the number of judges: they blocked the Senate from voting on the confirmation of the three judges needed to fill the court’s vacancies.

The Washington press corps and their sycophants in the punditry were quick to issue warnings about how terrible this would be: for Democrats. The Friday news cycle was filled with scare stories: “Democrats will pay the price”, “Harry Reid’s blunder”, “Democratic overreach will come back to haunt them”, “You did it: more Scalias for you!”, “No filibuster means more rapes!!”.

Of course, as is often the case, the woe-is-you’ers were completely missing the point and 100% wrong.

Today, votes on the confirmation of 7 of President Obama’s executive nominees will take place in the Senate.

Update 3: Other nominees to be voted on “next week or the week after”, per Harry Reid

Senator Elizabeth Warren (D-MA) was in the audience.

THIS is a BHD:

Senate Majority Leader Harry Reid (D-NV), has told the Republican minority that if they attempt to block the vote on these confirmations, he will change the Senate rules to only require 51 votes to end cloture on executive nominations.

Hey, Senate Democrats! The only thing you have to fear is yourselves.

Fictional president Andrew Shepherd said in his famous speech at the end of the movie The American President: “I was so busy keeping my job I forgot to do my job.”

Senate Democrats are so busy worrying about what will happen if they lose the majority that they are refusing to rule like a majority.

Gabrielle Giffords: Let’s get a Congress who cares about our interests

This morning in the New York Times, former Rep. Gabrielle Giffords wrote an op-ed about the cowardly action of the U.S. Senate in defeating the amendment promoted in this video:

Gabrielle Giffords: “A Senate in the Gun Lobby’s Grip”

SENATORS say they fear the N.R.A. and the gun lobby. But I think that fear must be nothing compared to the fear the first graders in Sandy Hook Elementary School felt as their lives ended in a hail of bullets. The fear that those children who survived the massacre must feel every time they remember their teachers stacking them into closets and bathrooms, whispering that they loved them, so that love would be the last thing the students heard if the gunman found them.

On Wednesday, a minority of senators gave into fear and blocked common-sense legislation that would have made it harder for criminals and people with dangerous mental illnesses to get hold of deadly firearms – a bill that could prevent future tragedies like those in Newtown, Conn., Aurora, Colo., Blacksburg, Va., and too many communities to count.

… if we cannot make our communities safer with the Congress we have now, we will use every means available to make sure we have a different Congress, one that puts communities’ interests ahead of the gun lobby’s.

Let’s join her and let’s make them fear the wrath of the voters. There is really no excuse for voting against the wishes of 90% of Americans.

Geraldo Rivera Says He is Considering a Senate Run in 2014! 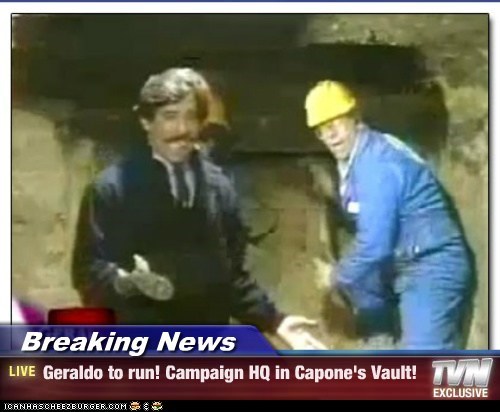 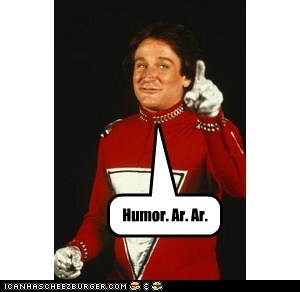 I admit it – I am a romantic.  I grew up with my view of the Senate of the United States colored by Frank Capra's tale (and Jimmy Stewart's portrayal) of the trials and tribulation of Jefferson Smith in Mr. Smith Goes to Washington.  This holds especially true for my view of the filibuster. Filibusters should look like what Jeff Smith did — one man, standing up in the well of the Senate for what they believe in.  But, that hasn't been the case for, at a minimum, the past 4-6 years.   As the Brennan Center report on Filibuster Abuse  (PDF) demonstrates:


Filibuster Abuse is Rampant:      As of October 2012, the current Congress has enacted 196 public laws, the lowest output of any Congress since at least World War II. This is not purely the result of divided party control of chambers. Control of the House and Senate was also divided from 1981 to 1987 and 2001 to 2003.     The current Senate passed a record-low 2.8 percent of bills introduced in that chamber, a 66 percent decrease from 2005-2006, and a 90 percent decrease from the high in 1955-1956.     Cloture motions — the only way to forcibly end a filibuster — have skyrocketed since 2006, creating a de facto 60-vote requirement for all Senate business.     In the last three Congresses, the percentage of Senate floor activity devoted to cloture votes has been more than 50 percent greater than any other time since at least World War II, leaving less time for consideration of substantive measures.     On average, it has taken 188 days to confirm a judicial nominee during the current Congress, creating 32 “judicial emergencies,” as designated by the Office of U.S. Courts. Only at the end of the congressional term in 1992 and 2010 have there been more judicial emergencies.

I'm not going to pretend to look at the issue in all its complexity here, but I do wish to look at one aspect of reform efforts that many have fixed upon — the talking filibuster — and contrast that with the proposal towards which, according to Politico , Harry Reid is leaning.

The House and Senate passed the compromise legislation to finance the Federal government for the balance FY 2011, with 59 House Republicans breaking ranks to vote against the deal. The overall vote in the House was 260-167. Eighty-one Democrats gave House Speaker John Boehner the votes needed for the bill’s passage.

In the Senate, the vote was 81-19, with dissenting votes mostly coming from more conservative Republicans. In the Senate, 48 Democrats, 32 Republicans and independent Joseph Lieberman of Connecticut voted in favor.