What part of the difference between a spider and a bunny don’t you understand?

I read an interesting article in Newsweek last week. (For the article, click here.) It discusses a study among people, self-described as having strong political beliefs, who were shown a series of images, and had their physical responses to the images measured. The people who believed in a conservative agenda had a much more pronounced, visceral reaction to negative images (spider on a face, maggot-filled wound, etc.) than did those who believed in a more liberal agenda. (They also showed them nice images – bunnies and toddlers and such.)

This made absolute sense to me as I read it. It explains why, when asked a direct question about the logic behind the war in Iraq, or health care, or the economy, Giuliani will form a sentence of “[subject], [verb], 9/11”. I watched the debate between McCain and Obama last week, and was ready to punch my beloved television, as Obama gave serious, reasoned answers, while McCain waxed poetic about how much he loves veterans. THAT’S NOT AN ANSWER! I felt really bad for Obama, because he had to weather the ridiculous tone coming from the opposite side of the stage and react to McCain’s non-answers seriously.

The logic behind those “wolves” ads from the last campaign suddenly made sense as well. When they were on, I kept thinking to myself “How can anyone buy into this nonsense?” That, like all the war-mongering and cries of “9/11!”, “terror terror terror”, “national security”, etc., is designed to reach those people who have a physical reaction to a threatening image. They’re designed to elicit that reaction, and when a person’s hair is standing up on the back of their neck, swoop in with the agenda that’s promised to subdue that ill feeling, whether it actually makes sense or not.

This doesn’t work on 100% of the population, obviously. It only works on those that have that reaction in the first place. The rest of us bleeding heart liberals, who admire thinking a problem through fully before rushing into action which may lead to disastrous results, don’t get swayed as easily. But now I can see the other side of it. The conservatives out there, who would say that Palin’s spunk makes up for her lack of knowledge, experience, or ability to step back and really analyze a problem are the same ones that will ask the question, “What part of the difference between a spider and a bunny don’t you understand?” It’s the same as asking “What part of 9/11 don’t you get?” It’s maddening to those of us who understand the nuances that lead to the worst terrorist attack on our soil in history, those of us who understand how it was decades of our poor policy towards a region of the world that created the threat to us, those of us who understand that being at war in Iraq has not only NOT solved the problems we had going in, but has actually worsened the threat to our country for the long term. 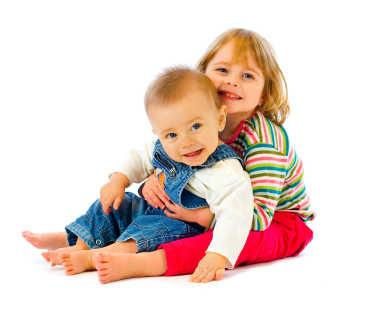