The Motley Moose has Moved!

The SoapBlox blogging platform is being phased out and the many fine blogs still being hosted at The Contributor will be finding new homes soon.

Rather than wait (and have them drain the pond and leave us high and dry!), we have set up a new Internet home for our Moosings. 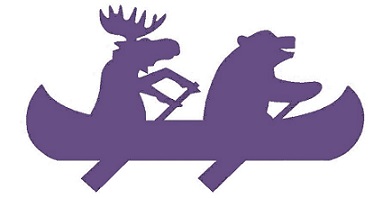 Please paddle over and join us at the New Motley Moose. Check the FAQ there (under “The Moose” on the menubar) for instructions on how to join up and join in.

Note: SoapBlox diaries and comments will be archived and ported to the new web site in the coming weeks. Once that work is completed, the motleymoose.com web address will forward to the new site.

In this week’s address, the President honored the 70th anniversary of V-E Day. On this occasion, we commemorate the Allied victory in Europe during World War II. It is a day to pay tribute to the men and women who decades ago served and sacrificed for the cause of freedom. This was the generation that, by ending the war, literally saved the world, laying a foundation for peace.

The President asked that in addition to commemorating this important anniversary, we honor the men and women in uniform who currently serve our country, and recommit ourselves to the values we share with our allies in Europe and beyond: freedom, security, democracy, human rights, and the rule of law around the world. 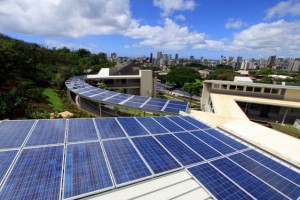 Found on the Internets: Peter Jukes on the British elections

Peter Jukes shared this story about the British election. The mainstream media, which he is a frequent critic of, is livid about their loss of relevance.

Will the Internet Swing this election? Or has the Press just lost it?

In the air war of the British General election, social media was like a hand-held stinger missile against the massed squadrons of the press. […]

Twitter, Facebook, blogs and chat forums are just peer to peer publishing platforms. But compared to the mainstream press, they can perform an immediate crowd-sourced rebuttal unit. Online there are thousands of potential voluntary fact checkers, photographers, spin-meisters, satirists, pundits and witnesses. […]

The main function of social media, therefore, has been in reaction to media coverage. It’s given a voice, that has perhaps long been there, to the vast majority who don’t read the press, or feel television coverage is problematic.

Week-long Welcomings from Moosylvania: May 3rd thru May 9th

In this week’s address, the President reiterated his commitment to expanding access to education, and to spreading the joy of reading to more children and young adults.

Earlier this week, the President announced two new efforts that, building on the progress already made by his ConnectED initiative, will do just that: a challenge to mayors, libraries, and school leaders to help every student get a library card; and commitments from libraries and major publishers to provide more than $250 million in free e-Books for low-income students. In his address, the President also previewed his upcoming commencement speech at Lake Area Tech, in Watertown, South Dakota, where he will discuss his plan to make two years of community college as free and universal for every American as high school is today.

The President is working to ensure every child has the access to the education and resources they need to be successful.

(Reuters) – Senator Bernie Sanders of Vermont, the longest-serving independent member of the U.S. Congress, will announce his candidacy for the Democratic presidential nomination on Thursday, Vermont Public Radio reported on Tuesday.

He will release a short statement and hold a campaign kickoff event in subsequent weeks, the radio said, citing several sources. The senator’s office did not respond to a request for comment.

What will a Sanders candidacy mean? Will he press Secretary Clinton on issues progressives are concerned about? Is a contested primary good for the Democratic Party?

Week-long Welcomings from Moosylvania: Apr. 26th to May 2nd