The first thing I remember seeing on TV was Dr. Paul Ehrlich, author of the 1968 bestseller: “The Population Bomb”. With cool authority he explained how the earth was physically incapable of feeding more than 3.54B people, and since the population at the time stood at 3.52B that there was no way to avoid the starvation riots in the US in the early 70s.

To say this put me off my stroke a bit would be an understatement. The thesis was underscored throughout my youth by elders far and wide. The world was – certainly, irrevocably – going to end before I grew up. The best I could hope for would be to be one of the survivors living in a post-apocalyptic landscape. Hollywood repeated the theme endlessly, the paucity of human care and surplus of greed and selfishness.

As we all wrestle with the issues surrounding Syria we raise the theories of conspiracy to new heights. Dilbert creator Scott Adams’ conspiracy theory regarding Syria is just the latest to float past my eyes, cloyingly calling to the fears of those on the political left. Those on the left mock Tea Partiers and others who argue “Isn’t it OK to ask the question?” about evolution, climate change, Obama’s birth certificate and other foolish issues. Simultaneously, many on the left support a different set of conspiracy theories which align with issues which are similarly dear to their own hearts and interests.

It is critical to have clear and conscious discussion supporting our decisions on any important issue. Our repeated cultural fascination with theories of conspiracy driving local, national and global events clouds any effort to attain such clarity.

This tendency to slip off the slope of concern into the pits of conspiracy theories is an indication of our loss of faith in our fellow human. It speaks to our failure to contain our fears, to take the small risks which lead to the tight bonds of social cohesion. It is itself the largest threat we face.

We do not need the conspiracies we theorize bring us to our knees. Through our eagerness to fear our neighbor we are tearing ourselves down.

“Baby, everything is going to be OK.”

Antoinette Tuff is my hero. 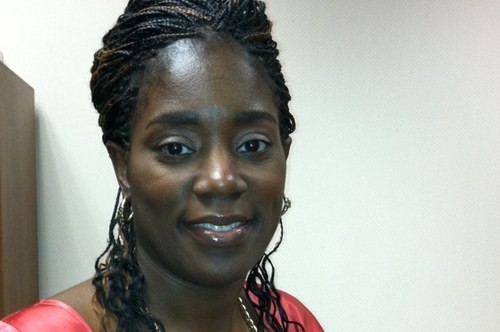 Just watched her interview with Anderson Cooper. Yes, she deserves all the praise she has just begun to get. I can’t imagine it will go to her head, which is something in itself that speaks to who she is.

And while she very much is special, part of it is that she is not. She is very much like many people we all know, just as generally decent as she seems.

She saved every one of those 800 children in that elementary school. It is quite literally almost impossible to top that, ever, as an act of sheer goodness. The trauma she saved their families and community is exponentially broader than even that. But even beyond something of that scale she saved us all – hundreds of millions of us – the pain of something far worse than even what happened in Newtown.

Each level of her accomplishment is so large that it is almost impossible to see the whole picture at once. I think it will take us all a long time to process just what she did and what it means in so many ways.

Each of us personally owes her more than we will ever be able to pay. Supporting her idea for a charity until it is a permanent part of the American experience seems like the least we can do as a start.

The world watches as the Arab Spring takes another turn in Egypt, and we wonder what the future holds. For many cynical observers all such news bolsters simplistic views of “things always being that way over there“. But the real world is neither simplistic  nor is anyplace truly as distant or disconnected from the rest of us as terms like “over there” imply. The reliability of power and water systems in Shreveport and Manchester is tightly coupled to job opportunities in Cairo and Sana’a.

As has been noted here and in articles in the media the ICS ISAC has taken a hand in supporting the future of the people of Yemen by supporting the creation of a national cybersecurity center, YCERT. In an article originally published on TechTarget in March of 2013 the impact on global, US and local interests of fostering cyber stability in this troubled nation were spelled out (“Opinion: Yemeni CERT could turn the tide for Millennials“):

The youth of Yemen are reaching for a cyber future. To get there, 13 million Yemenis under the age of 18 (fully one half of the population) need an Internet infrastructure that provides stability and access to the world. For that infrastructure to exist, the country needs the same basic components that make any nation’s information systems stable and secure. Yemen needs a national cybersecurity center, a Yemen CERT.

In 2011, the students of Sana’a University in Yemen’s capital city rose up along with Arab Spring movements across the Middle East and ousted their dictator, Ali Abdullah Saleh. Prior to that date, Internet penetration in the country stood at less than 1.8%, and what infrastructure existed was unreliable and insecure. Today, the use of smartphones to access the Internet, particularly among the young, is skyrocketing, while the nascent private sector strains to keep up with demand.

(Crossposted from the ICS ISAC Blog)

Protect Me From My Gun

The Trayvon Martin murder case occupied an enormous amount of attention while it proceeded from a shot fired to a case of second degree murder being dismissed. The reasons it so captured American attention will be examined for years to come. Initially, as well as after the verdict, the racial aspects of the case drew the majority of attention. But intermixed in that complex sociological issue was a ruling that is as shocking in its simplicity as it is frightening in its implications.

I used my gun to protect me from my gun.

This is now a valid defense.

As we consider the construction of national and global situational awareness systems to secure our manifestly complex infrastructure we run into a range of hurdles. Several of the more critical hurdles relate to the scope of the datasets needed. How do we get huge amounts of data from millions of facilities? How do we keep these vast pools of knowledge from becoming an Achilles’ Heel that attackers leverage to bring down everything at once?

Fortunately, some of the answers to these questions come from making things simpler rather than harder. From doing less, rather than doing more.

Crossposted from the ICS-ISAC Blog

At this hour marriage equality has arrived in California. Attorney General Kamala Harris has asked the 8th Circuit Court to skip the 25 day delay in restoring human rights after the overturning of Prop 8 and they did.

With a single sentence.

Kristin Perry and Sandra Stien have been married by Ms. Harris. Paul Katami and Jeffrey Zarrillo are about to be married live on the Rachel Maddow Show.

I am going to edit this up as I put this together.

There are times for finesse and then there are times for blunt force. Determining which is which is often the defining characteristic of success in any endeavor. The ongoing efforts to address cybersecurity risks and threats to industrial systems have for many years been a period where finesse and patience rule as we slowly accrete the requisite components from which a solution can be constructed. The time has come, however, to swing some hammers.

The Hope Bomb: Defeating Al Qaeda in the Arabian Peninsula Through Knowledge Sharing

It has been more than twenty years since the first Gulf War hauled awareness of the Arab world across the screens of American homes. An entire generation has been born and grown in that time. The Internet has gone from being a dark den of techno-academics to the utility of knowledge defining civilized existence.

Events of the past decade – and the past month – have shown the limits of kinetic tools in combating violent extremism. The time has come to drain the swamp with infrastructure rather than explosives.