Heads up for Moosers: Murdoch Book on Discount this weekend

OK. So this is a completely self-serving hit and run diary, letting all my Moozog friends know that they can get my Murdoch book, with stunning illustration by Eric Lewis of DKos Fame, for a bargain two bucks fifty.

My book on #Hackgate “Fall of the House of Murdoch” great bargain at only $2.43 this weekend http://www.amazon.com/The-Fall… …

Thanks for reading, and thanks for tolerating this act of self publicity: but on the other hand, the subject is firmly in the public interest 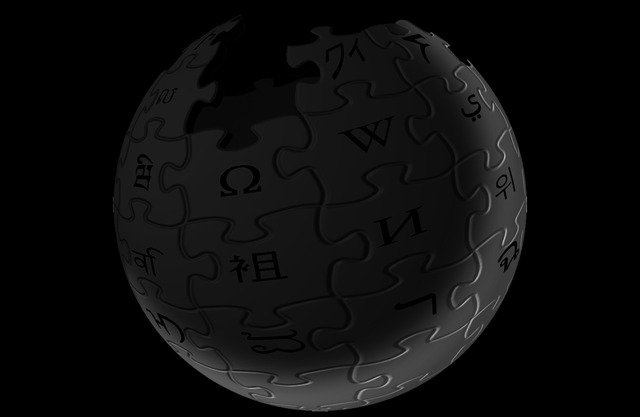 It’s ironic, given that US corporate interests (including one R Murdoch) are complaining about SOPA and how tomorrow/today’s internet blackout is an ‘abuse of power’, that it’s just emerged through the ongoing Leveson Enquiry, that the world’s third largest media conglomerate, News Corp, through one of its prestigious titles, The Times of London, hacked the identity of a prize winning blogger and – apparently without revealing this to the courts – fought a privacy case against him to out his real identity and silence his blog.

The blogger in question was Nightjack, a police officer who blogged so brilliantly about the realities of police work that he won the prestigious Orwell Prize in 2009. A few months later, the anonymous blogger was outed by the Times as Richard Horton. As a result he was reprimanded by his police employers, and his blog was deleted. (The copy above has been retrieved by someone else).

The case caused an outcry in 2009, not only because a valuable voice was lost, by it caused a landmark ruling in the British High Court that a blogger had no “reasonable expectation” to anonymity because “blogging is essentially a public rather than a private activity”.

At the time the Times had argued it had deduced Horton’s identity from the material.  But in his written statement today at the Leveson inquiry, the Times Editor James Harding admitted.

“There was an incident where the newsroom was concerned that a reporter had gained unauthorised access to an email account. When it was brought to my attention, the journalist faced disciplinary action. The reporter believed he was seeking to gain information in the public interest but we took the view he had fallen short of what was expected of a Times journalist. He was issued with a formal written warning for professional misconduct.”

However, he failed to mention that the article – written by media correspondent Patrick Foster – was still published, and Horton’s privacy case fought successfully by the Times through the courts.

Not only does this connect the hacking scandal beyond the now closed News of the World and The Sun to Murdoch’s broadsheet titles, it is also yet another example of egregious corporate double standards. While in the witness box today Harding  had the temerity to complain that any kind or regulation would chill ‘free speech’.

“We don’t want a country in which the government, the state, regulates the papers … we don’t want to be in a position where the prime minister decides what goes in newspapers,” he said.

He added that if the outcome of the inquiry was a “Leveson act”, even one just offering a statutory backstop to an independent press regulator, it would be unworkable.

“The concern is that a Leveson act would give a mechanism to politicians to loom over future coverage,” of politics, Harding said, and start introducing amendments to this legislation “and that would have a chilling effect on the press”.

This is a timely reminder that the threats to free speech don’t just come from governments but from corporations too, something I’ve begun to explore in  the first chapter of my book (illustrated by Kossack Eric Lewis) Bad Press: Fall of the House of Murdoch (warning – long quote below the fold but I’m only abusing my own copyright)

Brit's/Peter's domain, but he's busy, so a bit of news re:FOTHOM

I can’t give more factual information than that provided by the Guardian. So consider this an FYI diary. And, warning, while breaking news, the information is not of another nail in the voldemordoch coffin quality.

It does, IMHO, provide an end of the week reason to raise a glass, for its shows that the regular police were disciplining their own on their own for NoTW misbehavior, while up at the Met/Scotland Yard, their senior officers were on the make and take with the same paper. Worth a second upraising INHO is that now that push has come to shove, the Surrey local police has not shoved their own local discipline under the carpet although it was, I am guessing a case closed. And a tear for the poor Dowlers, as well. Their sorrow will never end, but they hardly need to have the refresh button being pushed so frequently.

Guardian reports, in a word or three, that the police watchdog agency is investigating a Milly Dowler leak which came from an officer working on the abduction and the information came to them from the force itself.

NoTW and police, leaks not hacks

BREAKING,-Murdoch-withdraws-bid-for-BskyB: News International has now entirely withdrawn its bid for 100 percent of Britain’s Biggest Broadcaster – BSkyB. Tenacious investigative journalism, political pressure, and immense people people exercised online and through our elected representatives have seen off this threat – the greatest threat to media plurality and political transparency in my lifetime.

After revelations that victims of 9/11 were targets of illegal phone hacking, the scandal that has rocked his Murdoch’s mendacious empire empire can no longer be contained in the UK: Senate Commerce Committee Chairman Jay Rockefeller has called for an official investigation into the company’s methods and activities:


In a written statement, Mr Rockefeller said he was concerned that hacking by News Corporation journalists may have extended to American targets, including victims of the 11 September attacks.

He did not present any evidence to support that claim, but called on the authorities to look into any possible wrong-doing.

“I encourage the appropriate agencies to investigate to ensure that Americans have not had their privacy violated,” he said.


“The reported hacking by News Corporation newspapers against a range of individuals – including children – is offensive and a serious breach of journalistic ethics. This raises serious questions about whether the company has broken US law.“


Senate Commerce Committee Chairman Jay Rockefeller, who called Tuesday for a formal probe into whether alleged improper behavior extended to US citizens, told reporters that his “bet” was that “we’ll find some criminal stuff.”

Asked whether he was saying he thought there would be evidence of criminal acts in the United States and whether he was referring to possible phone hacking, Rockefeller replied “yeah” each time.

Gordon Brown in the House of Commons has just called News International “a criminal-media nexus“.

FALL OF THE HOUSE OF MURDOCH I: How People Power Shook the Murdoch Monopoly

My FINAL UPDATE for US readers. In case this seems like a parochial issue, you ought to know that the Chief Executive of News International at the time when all these scandals took place was Les Hinton (pictured below), who is now is the publisher of the Wall Street Journal for Murdoch. Follow his scandalous coverup in Media Matters. Also Andy Coulson, former editor of News of the World and Prime Minister David Cameron’s former Head of Communications will be arrested tomorrow.

AMAZING NEWSFLASH! The News of the World (commonly known as ‘News of the Screws’ because of its salacious coverage) is to be axed for good. Though it was the biggest selling English language paper in the world, many major companies including Tesco had refused to advertise in it and the brand was damaged for good. This of course is a blow for the Murdoch Empire, but a tactical retreat. The pressure isn’t off. But it’s killed his main Sunday Paper in the UK

Full transcript of James Murdoch’s statement is here. But John Prescott, former Deputy PM whose phone was allegedly hacked too has said on BBC:


“a typical management stunt of Mr Murdoch. None of the management are going, all the poor old workers are going”.


“All it will be is a rebranding exercise”

It’s just been announced that because of over 100,000 submissions against Rupert Murdoch’s acquisition of the satellite channel BSkyB, government approval by our Culture Secretary Jeremy Hunt – largely expected this week – will have to be deferred several months. The Government are still arguing that revelations of illegal activity among senior News executives should not affect the principle of the takeover – but everything is to play for.

This could be a crucial moment for press freedom and media plurality in the UK. Murdoch’s takeover the largest broadcaster (by revenue) in the UK, would have given him a unique cross platform monopoly. Thanks to series of favours by cowed and appeasing politicians (especially Margaret Thatcher) Murdoch’s News International has been allowed to accumulate nearly 40 percent of the newspaper market. He also has key sports and film rights in the UK. A combination of BSkyB and News International would have made him much more powerful in the UK than Berlusconi is in Italy – and at least Berlusconi is an Italian citizen.


The tyrants lose their swagger and those that lived in fear dare to speak out. The dynamics of the News International saga are similar to the ones that shape the fall of dictatorial regimes, except in this case it is some mighty media executives who are suddenly fearful and the politicians who are liberated.

Yesterday’s exchanges in the Commons were ones I thought I would never witness. They are of historic importance. Senior elected politicians dared to challenge the powerful Murdoch empire and there was an air of catharsis as they did so.

For more on Murdoch’s corrosive and corrupting effect on British journalism, and and his coarsening of public life and politics in the UK, follow me below the flip.