President Obama: “We are stronger because we are democracies”

From the White House: President Obama Addresses the People of Estonia

At the Nordea Concert Hall in Tallinn, Estonia today, President Obama spoke to students, young professionals, and civic leaders about the enduring strength and promise of democracy. “I am honored to be the first President of the United States to deliver an address like this to the people of Estonia,” he said.

So it’s happened. Despite protests from the Pentagon, Obama has announced his intention of making the surge of two years ago truly a surge, and to draw down 33,000 US troops from Afghanistan by September next year.


“The Afghan people’s trust in the Afghan army and police is growing every day and preservation of this land is the job of Afghans…. I welcome the decision of the US president today on pulling out [some of] … its troops from Afghanistan and I consider this a right decision for the interest of both countries.”

The news has created an unusual consensus and been welcome by the Taliban’s Islamic Emirate of Afghanistan, as well as NATO, and the governments in London, Paris and Berlin.

With surprising speed the Libyan Democratic Movement is sweeping westward towards Tripoli.

As of 0300 GMT Monday, Gaddafi’s home town of Sirte- said to be the big battle before Tripoli – is reported to be in Democratic hands. Democratic forces have therefore crossed 570 km from Benghazi and are now only 159 km from Misrata and 450 km from downtown Tripoli.

As more land and people and military equipment comes under the control of the Democratic movement it remains to be seen who will be standing with Gaddafi in coming days. 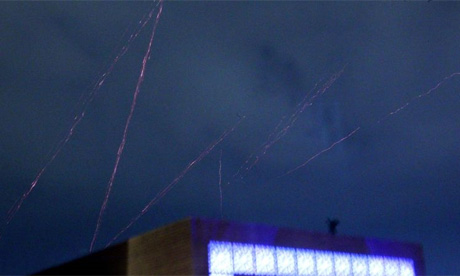