Mass communication was hard to find in DR Congo until recently. Smartphone technology exploded in the last couple of years, though, so social media is allowing the people of Congo to organize in a ways that were not possible just a few years ago.

People organize in the streets in cities across DR Congo. These images are from Goma.

The government cracked down on the protestors. Many people were arrested — some are still missing. 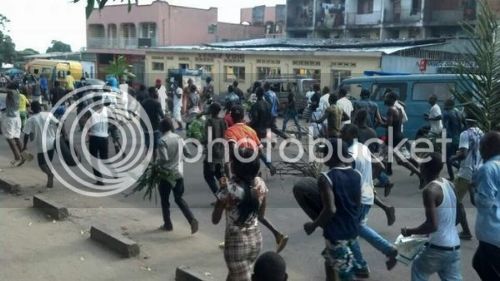 Timo Mueller compiled a more detailed account as it spilled out on social media. Please have a look.