The Establishment Strikes Back 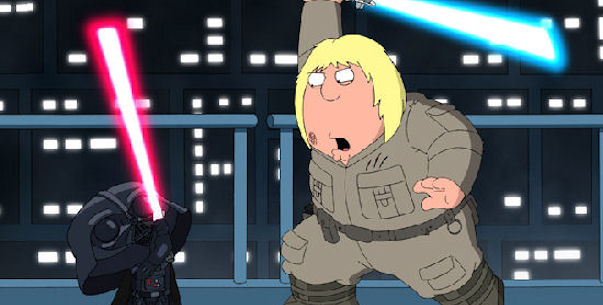 Something interesting may be going on. It appears that the Establishment is having their come to Jesus moment. While wanting to continue their Bush tax cut rates, they also realize that Romney would be a total disaster ala W as President. So there are articles appearing that seem meant more to influence opinion makers than the common electorate.

Except Mitt Romney was not a businessman; he was a master financial speculator who bought, sold, flipped, and stripped businesses. He did not build enterprises the old-fashioned way-out of inspiration, perspiration, and a long slog in the free market fostering a new product, service, or process of production. Instead, he spent his 15 years raising debt in prodigious amounts on Wall Street so that Bain could purchase the pots and pans and castoffs of corporate America, leverage them to the hilt, gussy them up as reborn “roll-ups,” and then deliver them back to Wall Street for resale-the faster the better.

The Bain Capital investments here reviewed accounted for $1.4 billion or 60 percent of the fund’s profits over 15 years, by my calculations. Four of them ended in bankruptcy; one was an inside job and fast flip; one was essentially a massive M&A brokerage fee; and the seventh and largest gain-the Italian Job-amounted to a veritable freak of financial nature.

In short, this is a record about a dangerous form of leveraged gambling that has been enabled by the failed central banking and taxing policies of the state. That it should be offered as evidence that Mitt Romney is a deeply experienced capitalist entrepreneur and job creator is surely a testament to the financial deformations of our times.

Gary McKinnon is a computer and systems analyst from Great Britain who for 13 months between February 2001 and March 2002 walked right into 97 United States government computer networks from agencies like the Departments of Defense, Army, Navy, and NASA. Our government has been involved in a massive effort to extradite Gary McKinnon to the United States in order to try him for espionage.

Despite medical conditions and the fact that at the time the alleged crime was committed British law only laid down a 6 month punishment for what he was accused of our government still insists on trying to extradite and punish him.

VOTE NO ON PROPOSITION 33: CAR INSURANCE

This is the fourth part of a series of posts analyzing California’s propositions:

Proposition 33: A Fine Example of What’s Wrong With The Proposition System

California’s proposition system is generally broken. There are good propositions out there, such as Proposition 25 (which made it so that budgets no longer need super-majorities to pass).

Proposition 33 is the worst type of proposition out there.

n 4 Dec 2011 an RQ-170 drone came down in North-eastern Iran, about 250km from the Afghanistan border, and led to a brief unresolved diplomatic incident; the US government ultimately admitted, after considerable prevarication, that the surveillance drone was operated by the CIA and asked that it be returned.

More disturbingly, Iran claimed that the drone was captured, not shot down, “by their own ways and means.”  Subsequent reports detailed how this was claimed to be accomplished by jamming the encrypted control signal.  Others have suggested an even more sophisticated cyberattack which hacked the command link while masking the intrusion from the aircraft’s erstwhile controllers.  Whatever the explanation the self-destruct protocol one assumes would be provided didn’t function or was not invoked.

Dick Cheney’s criticism that it should have been destroyed by an immediate air strike, while instructive, failed to consider that the CIA may have by then completely lost track of it.

Fars, the semi-official Iranian news agency, reported that both Russia and China had been “most aggressive in their pursuit of details on the drone” and most defence analysts agreed that “reverse engineering” was inevitable though opinions varied on the impact on the operational superiority enjoyed by classified US stealth assets.  Whatever the outcome the active intelligence gathering missions targeting Iran’s nuclear program had become public:


The overflights by the bat-winged RQ-170 Sentinel, built by Lockheed Martin and first glimpsed on an airfield in Kandahar, Afghanistan, in 2009, are part of an increasingly aggressive intelligence collection program aimed at Iran, current and former officials say. The urgency of the effort has been underscored by a recent public debate in Israel about whether time is running out for a military strike to slow Iran’s progress toward a nuclear weapon.

The political consequences were largely subsumed in the almost universal bipartisan acknowledgement that such actions were prudent and necessary.

Details for the debate:

The debate will cover both foreign and domestic topics and be divided into nine time segments of approximately 10 minutes each. The moderator will ask an opening question, after which each candidate will have two minutes to respond. The moderator will use the balance of the time in the segment for a discussion of the question.

Lounge: Why Won’t the President Just Kick it in the Nuts?

Everything old is new again.  I was sitting down and writing a piece about last week’s debate when I noticed that I was producing something chapter and verse I had written before.  So I thought WTH let’s see what the herd thinks if i just threw it out there without editing.  Fit today?

Will the Real Mitt Romney Please Stand Up? An Ambiguously Open Thread.

The Washington Post puts the question that we all should be asking: “Which Romney Will Voters Get?

If Romney is facing a Democratic Congress that demands compromise in return for votes – the same situation he faced in Massachusetts – he’ll be more like the Massachusetts moderate he presented as last night. If he’s facing a Republican Congress that’s pulling him to the right and threatening to reject his proposals and force him into a primary in 2016, he’ll be more like the candidate we saw in this year’s  primaries and throughout much of this campaign.

We are left to wonder.

This is the first part of a series of posts analyzing California’s propositions:

Just for overflow since the other threads are getting long and heading toward confusing-ish.

Yammer on if awake and bored.

At 9PM EST the first presidential debate of the 2012 election will be televised live from the University of Denver, Colorado.  The ninety-minute event will have a novel format:


Wednesday’s format: The moderator, PBS newsman Jim Lehrer, will open each 15-minute segment with a question, and Obama and Romney each will have two minutes to answer. After that, it’s up to Lehrer to keep the conversation going and to intervene if one candidate goes on too long.


Both sides will use campaign accounts, such as @TruthTeam2012 for Obama and@RomneyResponse for Romney, to fact-check one another in real-time.

Obama gets the first question on a coin-toss.  Bring it on.