An interesting twist on hypocrisy… 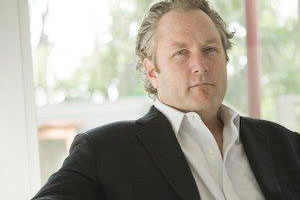 For a moment, let’s set aside the hypocrisy in Rick Perry’s recent YouTube blunder that was a fair insult to the gay community in an attempt to curry favor with the Religious Right on the issue of prayer in school, with using background music lifted from Aaron Copeland’s Appalachian Spring.  Or Perry’s adoption of the fashionable jacket worn by Heath Ledger’s character in Brokeback Mountain while we’re at it.

Let’s instead take a look at the outing by GOProud of one of the authors of the ad, Tony Fabrizio.

Andrew Breitbart recently resigned from the Advisory Board over this issue. For those who haven’t followed this, GOProud’s Executive Director Jimmy LaSalvia was outraged and tweeted excessively about Fabrizio’s involvement in Perry’s ad.

Breitbart issued a statement about LaSavlia’s bitter rancor over Fabrizo’s involvement with the ad, and the campaign.

“It is with sincere regret that I announce I must step down as a GOProud advisory member. On numerous occasions I have spoken with [GOProud leaders] Jimmy LaSalvia and Chris Barron of the significant impact the practice of “outing” had in my evolution from the political left to the right. I was under the absolute impression that both agreed. I have a zero tolerance attitude toward the intentional infliction of vocational and family harm by divulging the details of an individual’s sexual orientation as a weapon of political destruction. As an “Advisory Board member” I was not consulted on this extreme and punitive act. Clearly, there are more productive means to debate controversial ideas and settle conflicts. Therefore, I cannot in good conscience stand with GOProud. I still stand by gay conservatives who boldly and in the face of much criticism from many fronts fight for limited government, lower taxes, a strong national defense as well as the other core conservative principles.”

It fails to hone in on the problem with the ad itself. With the conflation of gay personnel serving with distinction in our armed forces, and the assertion of the First Amendment right of freedom of religion in our schools, the demonization of homosexuals by some within the Republican Party, yet their inclusion at the highest circles, so long as they keep quiet, and the willingness to use and borrow from film, composers, and certainly the labor and support of groups like GOProud to serve their interests, while throwing the gay community under the bus when it suits.

I can understand Breitbart’s nervousness with associating with folks who feel that outing is a valued practice. In part, it reinforces the idea that homosexuals should fear their positions if exposed. It takes away the intrinsic right to privacy for individuals to conduct their lives as they see fit.  I can understand that, and in a way, I can applaud his effort to distance himself from folks who use a bitter tactic to punish those that they disagree with.

But it doesn’t get to the heart of the matter.

Perry’s campaign has included folks at its highest levels who are homosexuals. Pretty much, every campaign has, because at 10% of the population, folks is everywhere.  That homosexuals are accepted in Congress, in offices, in jobs inside and outside the capital isn’t really a question. It is simple fact. Congresscritters often hide their orientation, even from their spouses in an orgy of self loathing that often spills over in messy public fashion on occasion.  It is a “dirty little secret” that really is only “dirty” to those whose favor they want to curry, while hiding behind a veneer of “family values”–a term that bothers me on several levels since apparently it is only THEIR families that are important, and no one else’s.  That Perry’s ad was crafted and worked on by folks who are homosexual, who borrowed heavily from the homosexual community, and then used a grand conflation to strike fear in the hearts of the so-called “values voters” is itself a bit of hypocrisy, you then have a yellow journalist of Breitbart’s standing, who reveled in Weiner’s clothed weiner complaining about outing someone’s relationship proclivities.

The sexual politics in the current field of GOP candidates is odd this time around.  A hefty bit of hate for homosexuals within Bachmann’s campaign, certainly with Santorum’s.  Perry now looks to rise to the fray to make a statement as well, but he’s just fine with homosexuals serving with his campaign, just not out in the public, or rather, is fine trading on fear, while employing them, and using their insight.  Let’s not even forget the hypocrisy of supporting serial cheater Gingrinch, while screaming to high heavens about a Twitterpic of a Congressman who hadn’t quite cheated yet.

The current GOP field is trying to make a lot of hay by demonizing the gay community. Bachmann. Santorum. Perry. Heck, Newt’s lesbian sister is supporting Obama this time around already over her own brother. It is a fear within the candidates that they have to take a strong stand against something.  Something that they feel ought to be feared. It is a calculated effort, and a terrible mistake on the part of the campaigns and their staff. They should be taking a stand for something. And that should be standing for equality of rights. It should be standing for compassion, unity, and inclusion. Already, within their own ranks, they have homosexuals in the highest halls. It’s time that the leadership recognized them, openly.  To bring the party openly into the new century, because they’ve done so behind closed doors for the last 50 years.

Breitbart’s resignation is odd, because it fails to recognize the real issue. Not the outing, but that homophobia shouldn’t be a watchword within the party. That it is hypocrisy of the highest order, but then again, asking Breitbart to recognize blatant hypocrisy might be a tall order in and of itself. It is, however, an excellent starting point to begin to discuss why the party has decided to bet so heavily on bigots, and then complain bitterly when the leadership is called upon it. Why the party has invested so heavily on hypocrisy on issues of “family values.”

It is time that the GOP moves beyond bigots and those who cheer them. This election is an opportunity to move beyond that, and I fear that we will not see movement beyond, because people fear doing something truly momentous, and actually lead as opposed to follow the clutching and fearful masses.