Rulers of the Waves

Mythology records the constraints on power of mortal kings:

…[King Cnut of Denmark, England and Norway] set his throne by the sea shore and commanded the tide to halt and not wet his feet and robes; but the tide failed to stop. According to Henry [of Huntingdon], Cnut leapt backwards and said “Let all men know how empty and worthless is the power of kings, for there is none worthy of the name, but He whom heaven, earth, and sea obey by eternal laws.” He then hung his gold crown on a crucifix, and never wore it again.

In the wake of the revolution in Tunisia and the amazing scenes in Egypt in recent weeks the tide of popular sentiment against autocratic rule has risen to unprecedented levels among the persistent regimes of Africa and the Middle East and threatens to expose the illegitimacy of their rule if not inundate them altogether.

That these movements are concentrated in, though not limited to, the Islamic world seems no coincidence and their scope transcends the geopolitical or religious alignment and ethnicity of their respective ruling classes.  This is not strictly speaking a democracy movement in the narrowly understood Western sense though it is clearly a movement of social justice as framed within the context of the culture of the respective states.

This phenomenon is the antithesis of the jihadist movement where a minority imposes its theological demands by threat of violence against the state and intimidation of the people, this is instead a populist non-violent movement which harnesses the participation of what seems the majority to restore or establish their personal freedoms as individuals in relation to the state.

As such it is a stinging refutation of the tactics and ideology of jihad and presents as much of a challenge to the egalitarian United States as it does to theocratic Iran.  The tide is rising and the regimes which react with violence and repression against their own people are inevitably doomed.  If not today then someday soon.

The protests in Iran a few days ago seem to have reignited the protest which was brutally repressed in recent years, a worst case scenario for the leaders of Iran’s repressive regime: 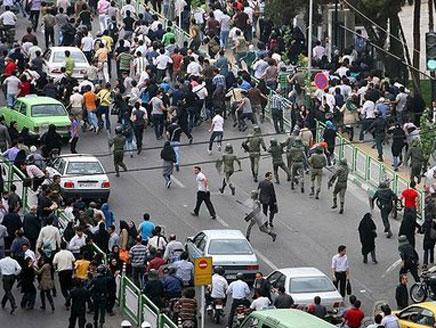 It appears that up to 350,000 people turned out on the streets of Tehran for the 25 Bahman protests. The reason so many people came out was the relative restraint shown by the security forces and the fact that mobile phones worked till 4 p.m. — once the first few thousand people showed up, they were able to inform many others that the anti-riot cops and Basijis were not, in general, acting as viciously as was widely feared.

The Basij mostly refrained from violently engaging with the protesters. I did see two people beaten to a pulp — one by Intel Ministry officers, the second by Sepah, the Islamic Revolutionary Guard Corps. Overall, people worked hard to stop beatings by the regime forces. Once in a while, the anti-riot police would try to disperse the crowd by firing tear gas.

Traversing the city both by foot and on the rapid transit buses, crowds could be seen everywhere. Several thousand people walked from Imam Hossein Square toward Enghelab Square. This is the first time ever such a large crowd came from that direction — Imam Hossein Square is in the middle of a working-class area. After being dispersed, the crowd walked peacefully on the sidewalks of Enghelab Avenue and some of the parallel roads

Following a lull for the Green Movement that lasted over a year, Monday’s march has reinvigorated things tremendously. People were smiling in joy for the first time in a long while. Likewise, many Basijis and NAJA (state police) officers looked positively confused and crestfallen.

More recently the counter-revolution has exposed serious schisms among the ruling elite: 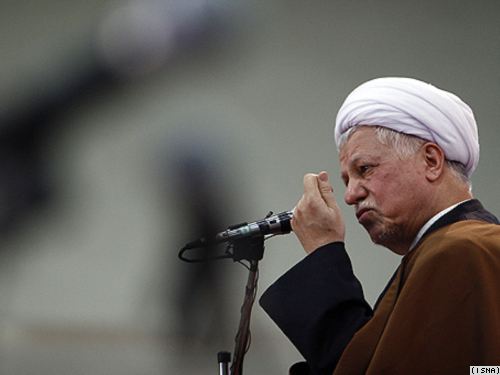 Two days after the Bahman 25 (February 14) protests, supporters of Ayatollah Khamenei, Iran’s Supreme Leader, shown on national TV chanting slogans in Qom calling for the death of Ayatollah Hashemi Rafsanjani. The moderate cleric is the chairman of Iran’s two major governing bodies, the Assembly of Experts and the Expediency Council.

The crowd in Qom called for the dismissal of Ayatollah Rafsanjani from his government posts and the prosecution and execution of the two opposition leaders, MirHosein Mousavi and Mehdi Karroubi who issued the rally call for Monday.

The attacks against Hashemi Rafsanjani have come despite firm condemnation of the February 14 protests by the Assembly of Experts.

This follows on from an initial unconfirmed report that the Revolutionary Guard had concerns about their participation in suppressing the 14 February protests:

Emruz News also reported that in the meeting of Iran’s Supreme National Security Council, Major General Mohammad Ali Jafari, the Revolutionary Guard commander, has expressed concern that the Guard’s rank and file may disobey the orders of their superiors, if directed to employ violence against marchers. Given that the Egyptian army did not open fire on the demonstrators in Cairo, a violent crackdown on Monday’s marches may completely destroy the credibility of the force with the people. Thus, he proposed that the police, rather than Basij and Guard forces, be made responsible for imposing order on Monday’s marches.

There is another protest announced for Sunday and there are reports that opposition leaders have been arrested or have disappeared.

Small protests have continued for almost a week in Yemen as the government tries to meet protest with pro-government rallies that threaten the stability of this small, poor state:

SANA, Yemen – Yemeni police fired shots into the air on Thursday as thousands of demonstrators, some supporting President Ali Abdullah Saleh and some seeking his downfall, clashed for hours in central Sana, bombarding one another with a hailstorm of rocks on the seventh straight day of violent unrest here.

The US is in a tricky position here as it is engaged in a $250M secret campaign against a local al Qaeda affiliate.

Bahrain, once considered among the more stable and prosperous Gulf states, has seen ruthless violence used against peaceful protesters, including women and children.  Doctors attending the wounded have been threatened and beaten seriously.  The Interior Ministry has forbidden ambulances to be dispatched without their sanction:

MANAMA, Bahrain – The army took control of this city on Thursday, except at the main hospital, where thousands of people gathered screaming, crying, collapsing in grief, just hours after the police opened fired with birdshot, rubber bullets and tear gas on pro-democracy demonstrators camped in Pearl Square.

As the army asserted control of the streets with tanks and heavily armed soldiers, the once peaceful protesters were transformed into a mob of angry mourners chanting slogans like “death to the king,” while the opposition withdrew from the Parliament and demanded that the government step down.

But for those who were in Pearl Square in the early morning hours, when the police opened fired without warning on thousands who were sleeping there, it was a day of shock and disbelief. Many of the hundreds taken to the hospital were wounded by shotgun blasts, doctors said, their bodies speckled with pellets or bruised by rubber bullets or police clubs.

Doctors said that at least two others had died and that several patients were in critical condition with serious wounds.

Bahrain is the base for the US Fifth Fleet and is a vital component in American Gulf strategy.  It appears that the military has stepped in after the failures of the police who still claim, in the face of universal reporting otherwise, that they did not turn their weapons on the protesters.

The forty-one year rule of Muammar el-Qaddafi is under threat from recent events:

There was little verifiable information about the protests, which began late on Tuesday in Benghazi, Libya’s restive second city, and spread to other areas. The scale of the protests was unclear, but in a land where any display of dissent or opposition is rapidly quashed the violence seemed to present a highly unusual open challenge to Colonel Qaddafi’s rule.

“Today the Libyans broke the barrier of fear, it is a new dawn,” Faiz Jibril, an opposition leader in exile told The Associated Press. But that assessment had yet to be tested against Colonel Qaddafi’s repressive internal security apparatus. Several opposition Web sites and exiled leaders said the authorities had deployed military snipers and commandos to suppress the unrest.

In the initial protests at least 14 people were injured and one killed, the Human Rights Watch advocacy group said on Thursday. But as the confrontation spread to the city of Al Beyda east of Benghazi, a Web site opposing Colonel Qaddafi said four protesters had been killed by government forces. Other accounts put the death toll higher.

This in spite of Qaddafi’s recent moves to increase wages and release militants.

Even our democratic ‘experiment’ in Iraq is experiencing a wave of discontent:

Three people have been killed and dozens wounded in clashes between security forces and protesters in a southern Iraqi province, after around 2,000 people attacked government offices in protest over poor services.

Protesters took threw rocks and took over a provincial council building in Kut in Wasit province, about 160km southeast of Baghdad, on Wednesday. Three government buildings were set on fire, including the governor’s official residence.

A police source in Kut said three protesters were killed in clashes and about 30 wounded, including 15 policemen. A hospital source said one of the dead was a 16-year-old boy who suffered a bullet to the chest.

Officials said policemen and soldiers fired their weapons into the air in a bid to dissuade protesters, while private security guards employed by Wasit council opened fire directly into the crowd.

“Those were private guards, only they fired at the protesters. They were outside the law,” police Brigadier General Hussein Jassim told AFP. “Our forces only fired into the air.”

The upshot?  A region approaching chaos and a challenge to all participants.  For a brief moment in history allies and adversaries have overlapping concerns and agendas.  For as much internal dissent is reflected in the current administration’s messages and emerging strategies in response to these these crises it is clear that the Republican Wurlitzer is out of tune and in even greater disarray.